Home Only My WeChat Group OMWG Chapter 1: The end of the world is coming?

OMWG Chapter 1: The end of the world is coming?

If WeChat group suddenly appeared in your mind one day, then how would you react?

Excited, scared, or continue on with your normal life?

Liu Yan didn’t know how others would feel, but he felt excited.

“Is this how I’ll reach the pinnacle of my life?”

Group chat owner: “Sorry, this isn’t quite what you think.”

“There’s even a group chat owner!” Liu Yan exclaims. “Can you grant me administrative access to this group?”

He recently read “The Chat Group of Villains in Ten Thousand Realms,” and if everyone requests administrative access from the group owner, then he can only be a junior administrator!

I don’t know what this group is, but it better be like the protagonist or the red envelope group.

Group chat owner: “To cut a long story short, I’m you ten thousand years into the future, Liu Yan. The Earth is on the verge of extinction. You can use this group chat to communicate with other worlds. You still have ten years to ensure Earth’s survival!”

The system then displayed a message,

“You are now the new owner of this group.”

Liu Yan is perplexed “What are you talking about? There are just ten years left on this planet! Hey! Are you still there? Come back here!”

After a few minutes, Liu Yan used his administrative privilege to check everyone’s status, which revealed that they were offline. He discovered that, aside from getting kicked out by the group chat owner, the only way to leave the group is to die!

“The world is coming to an end!”

Liu Yan’s heart sank as he realized that he would be thirty years old in ten years – the prime of his existence.

“Fortunately, I have this group chat; perhaps, things will be different in ten years and the prophecy will subside.”

After some consideration, Liu Yan concluded that his future self had omitted vital information. What will happen in ten years? He basically left me guessing about the apocalypse – whether it is biological mutation, viral breakout, gods game, or universal competition. I’m not sure how to prepare for what’s coming. If an unusual event occurs, such as a viral pandemic, I can save the world by developing a cure.

“Forget it! There is still ten years left. Let’s first figure out how to use this group chat!”

Despite that the future appears to be bleak, this group chat still exists in my mind.
I can send text, voice messages, photos, and videos. The red envelope function consumes 1% of my mental energy (the ability to send gifts to others in a group chat). Furthermore, the group’s private inventory space is around 10 cubic meters. Let’s take a look at the upgrade requirements. To advance to the second level, you must have ten people join the group chat, which is complicated because the available space differs depends on the strength of each party member.

Furthermore, this group system has a festive red envelope feature that can’t be issued by anyone, but it converts the accumulated energy into actual red envelopes automatically!
The item level, however, would not surpass the group level.
Liu Yan closed his eyes and thought for a moment after reading this, before beginning his search.

Looking at the time after he had washed himself up and had breakfast, it was only seven o’clock!
He would not have gotten up this early if it hadn’t been for the WeChat group that arose in Liu Yan’s mind.
He got on the computer and looked up the day’s most important news.
He then checked a few keyboards and saw that nothing had changed in the world. If only his future self could tell him what would happen in the future, like the lottery jackpot number, he would be happy. Liu Yan is an ordinary university graduate who currently does not have a job and now finds himself in charge of rescuing the planet. The stress is simply too much!

“What would you do if you knew the earth will undergo a huge shift ten years later, and the civilization of the Earth would disappear in 10,000 years?” he asked on a discussion forum after some contemplation.

He got a reply.

“What should I do! We still have ten years!”

“Yes! Even if we need to establish a doomsday survival base, two or three years will be enough.”

“The most important thing is that there is another ten thousand years before civilization perishes. At that time, you will not even be alive, why think so much!”

Looking at the replies, most of them shared the same opinion, and the responses gradually evolved into a strange discussion. Liu Yan closed the post. He realized that 90% of the replies were made blindly by the participants in the group, and the remaining 10% just went along with the herd. At least, he wouldn’t consider their opinions unless the Earth’s future changed.

It was already noon after he played some games, so he got dressed and went out to eat. Suddenly there was a group notification in his mind, and two new members were found simultaneously! The group chat system’s notification declared.

When Liu Yan saw the two names and photographs, his heart skipped a beat. He would have never realized the existence of other worlds if his future self didn’t inform him that members from other worlds can join the group chat.

After sending the message, Liu Yan opened the group member information interface to see the world the two belonged. Although they were similar, they were born and raised in their own world.

Liu Yan thought after glancing at the information.

“It seems to be a parallel urban world.”

Although this information was gathered solely from the group members’ minds, as long as no one was stupid, they could basically tell to which world the other member resided.

Because he lived in ancient times, Liu Wu understood more about the outside world than Liu Xiao Pang. However, a few terms, such as “Da Ming,” “Wu Yue Sword School,” “Shaolin,” “Wudang,” and “Mo Jiao,”1 were rapidly categorized in a methodical manner.

“This should be the world of Xiao Ao Jianghu2! In that case, we can make some plans.” Liu Yan considered Liu Wu’s message and wondered that if he could obtain martial arts training manuals, then he would be able to improve his skills.

“I had no idea he was a Fuwei security service member3, and he’s only 20 years old.”

The beginning of Xiao Ao Jianghu’s major storyline, which drew all kinds of people, including the evil sword, which was hidden in the Lin Family manor.

“Are you actually from another world?” Liu Xiao Pang asks. His voice seemed a little agitated. Liu Xiao Pang, a wealthy second generation, was overweight due to his voracious hunger. Fortunately, he did not pick up any of the rich second generation’s bad behaviors, but it did not relieve his parents’ concerns. His father operated an internet company, and his mother ran an entertainment company, but Liu Xiao Pang was a jerk who did nothing but browse the internet and watch movies. If the group’s information is correct, Liu Xiao Pang will be able to incorporate the creations of people from various worlds into his own!

His world’s technology level is comparable to Liu Yan’s world in the early twenty-first century, both in terms of entertainment and technology advancement.

Liu Wu: “I really couldn’t believe something as magical as this WeChat group existed!” Although the WeChat group was accepted through their consciousness, but it still left ancient people like Liu Wu speechless.

At that time, Liu Xiao Pang who had been on the sideline started asking Liu Wu, who still didn’t know how to cope with the situation.

Liu Yan smiled as he stepped out of the car, thinking of how he could obtain what he needed from the two of them! 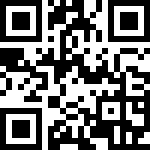